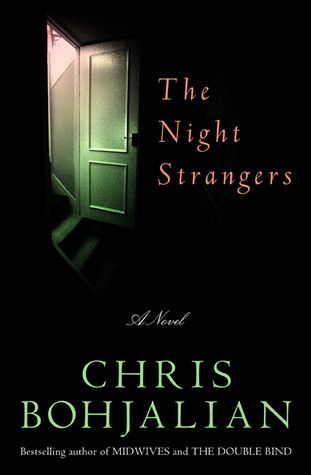 I’ve thought long and hard about how to approach this review and if I’m being honest, I’m still rather lost for words. I could write both a glowing review as well as an equally scathing one. I’m going to do my best to split it down the middle, but my anger over the ending is sure to shine through. Bohjalian is one of those authors I want to love so desperately, but something in his novels always holds me back. Well, I’ve only read two so I suppose I’ll keep soldiering on because I inhale his stories quickly even if they don’t satisfy me.

Chip Linton’s career as a commercial pilot comes to a crashing (ahem…) halt one afternoon when his plane hits a flock of geese and his landing ends up the opposite of the ‘Miracle on the Hudson’. Thirty-nine of his passengers die and he begins the long journey through guilt, depression, and PTSD that would plague even the strongest of people. His wife, Emily, decides their family needs a little break from the public eye and off they go with 10-year-old twin girls in tow to rural New Hampshire. They buy a creepy old Victorian mansion and move in only to discover a door in the basement locked tight with 39 (ring a bell?) bolts. There may or may not be ghosts. I love a good haunted house story.

Here’s where things get weird – an entirely different plot runs alongside the creepy house plot. The family’s new hometown is also home to a coven of witches who call themselves herbalists. They take a mighty disturbing interest in the two daughters, Garnet and Hallie. The women force all kinds of yummy vegan dishes on their new neighbors which may or may not be filled with secret potions. Goodness.

The haunted house plot? Had potential to be awesome. The witches? Never had a chance. But the thing is, I bought into it, flaws and all, until the last 20 pages at which point I wanted to drown the book in my bubble bath. Bohjalian knows how to keep me on my toes and the pages flew by. I had to know what was going on and so looked past the wonky characterization of Emily, the many plot holes, and the awkward dual stories that felt too much like separate books. There were moments where I was genuinely freaked out and I loved those moments. However, the finale ruined all my hopes and dreams. The haunted house plot fell apart and the witches took over with a gusto that had me laughing rather than trembling with fear.

And the epilogue? Don’t get me started. I can’t even discuss that part yet without turning red and balling my fists in anger. I’m not a reader who generally prefers a Hollywood happy ending as long as the ending makes sense with the story. But this ending was so far from anything I could imagine as a plausible conclusion that I literally kept rereading sentences to make sure I hadn’t lost my mind.  That epilogue really did happen, unfortunately. Sigh.

Like I said earlier, I’ll keep reading Bohjalian’s novels because at some point he’ll get it right with me, I just know it. I’ve loved 75% of the two I’ve read and have a gripping determination to find 100% success. I’d settle for 90%, though!

8 thoughts on “The Night Strangers by Chris Bohjalian”