Have I mentioned that I have a goal of watching three movies a week this year? Well, I do. And it’s going rather successfully so far. Here’s what I’ve recently added to the been there, watched that list:

Oblivion: Y’all remember this sci-fi film starring Tom Cruise that came out last year, right? I never got around to watching it. Even though I know it’s based on a graphic novel. I even forced Jimmy to go on a man-date after I read the horrible reviews. But HBO has the thing On Demand currently so I sat down and got through it. I liked the visuals. I liked Tom Cruise. I liked the premise. But the storytelling was all over the place. A better script could have raised this film to a whole other level.

Blackfish: This documentary has been all the rage lately. Thankfully, Netflix allowed me to quench my curiosity. The film examines the lives, treatment, and trainers of the SeaWorld whales in light of the most recent killing of animal trainer Dawn Brancheau. Documentaries often bother me because they all have very one-sided agendas, but I liked Blackfish. I got the feeling that the film tried as hard as possible to tell a complete story. Many tears were shed, though, so beware. 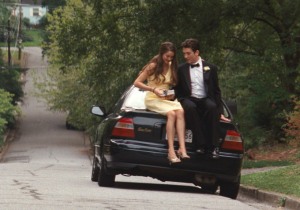 The Spectacular Now: Yet another on-screen adaptation of a book I haven’t read. It was on a recent list of best underrated films of 2013 so I rented it from my local Redbox. It’s a teen romance set against the backdrop of alcoholism. The story is bleak and hopeful, gritty and endearing. I loved the actors – particularly the drunken father played by Kyle Chandler. It was filmed in Athens, GA where I went to college so that was awesome as well. A quiet little movie with a lot to say.