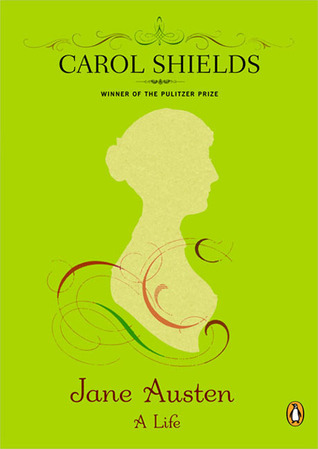 “In one of his judgements brother Henry was far too moderate. Jane Austen’s works, he prophesied, would eventually be “placed on the same shelf as the works f a D’Arblay and an Edgeworth.” How far from the mark he was. Not only would she outdistance those all-but-forgotten names, but she would also find herself comfortably on the same shelf and in the good and steady company of Chaucer and Shakespeare.” (pg. 84)

Despite my intense love of Jane Austen’s novels, I had never read a biography about her life. I knew that not much was known, mostly just bits and pieces of information put together from various family correspondences. Sure, we know where she was born, where she lived, and when she died, but we don’t know much about her personality – her hopes and dreams – who she was as a human being and woman of regency England. Understanding how limited the sources were, I was always weary of picking up a supposed biography, fearing the whole thing would merely be fiction masquerading as a life. Shields defies all my fears and has written one of my favorite books of the year!

This volume is tiny at less than 200 pages and the Penguin edition is a glorious apple green. Definitely a book worth collecting for your shelves! As far as the writing is concerned, the reader is in capable hands with Shields. I felt a since of kinship between Austen’s prose and Shields’s. Shields manages to update her language for modern readers, but the same quick wit and clever turns of phrase are still recognizable. Nothing here is fiction, although parts are obviously being surmised through educational intreptations of Austen’s novels and letters. Shields generously informs the reader when the facts are a little shaky, but does a superb job of providing supporting evidence of all her claims. For this, I was most thankful.

I’d recommend this biography to anyone who adores Austen. But, perhaps more importantly, I’d recommend this book to any reader who isn’t familiar with Austen’s novels or who has had a hard time loving them. Shields does a magnificent job of searching through the famous stories and their equally famous heriones to help bring readers a better understanding, not just of Jane, but the works themselves. Every time I turned a new page, I desparately desired to pick up all 6 of her novels for a reread, armed with new insights I couldn’t wait to put to the test! Nothing in this small tribute to Jane Austen is a disappointment.

Shields also suggests several other biographies to read for which I am eternally thankful. This way I know which ones are a must read and which aren’t worth the paper they’re printed on! I’m thinking of making 2013 an Austen intensive year. January will see a reread of Persuasion! So excited.