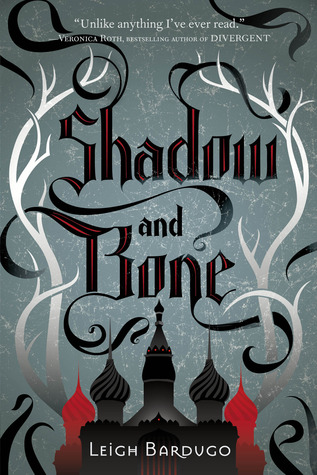 Just a couple of short audiobook reviews for y’all on this marvelous Friday morning. First up, I finished Shadow and Bone by Leigh Bardugo a couple of weeks ago. It’s a YA fantasty novel about a world similar to Imperial Russia where the Shadow Fold and the Black Heretic have incited major fear in the population. The Shadow Fold is this black oceanic void of darkness that separates most of the population from the ability to receive trade goods from the coast. In order to cross the Fold, you have to travel with an army and Grisha to fight the crazy human-hungry birdlike creatures. Grisha are humans who have special powers of sorts – they are able to manipulate matter in various ways. Our heroine, Alina, is a normal girl who turns out to be the most powerful Grisha of all – of course.

The standard YA tropes are all here. Nothing new to write about really. I will say that I enjoyed the Russian setting and thought this book did a decent job being a bit darker and sexier (that’s right, sexier) than other YA. Alina is also not a terrible protagonist, but there’s nothing here to compel me forward. The middle lacked decent pacing and the ending was entirely predictable. Worked fined as an audiobook with a decent narrator – nothing spectacular or terrible, just ‘meh’. 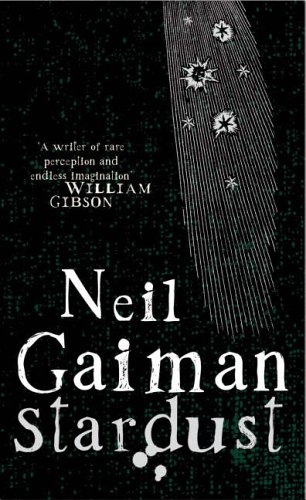 I also recently finished Stardust by Neil Gaiman which was a superb audio because he narrated it himself. His voice is gorgeous, and I think the listener really gets something extra special from the narration when the author reads his/her own work. Stardust is an adult fairytale about a boy searching for a fallen star to give to the girl he loves. It’s filled with fun, fantastical creatures, haggard witches, and lots of magic. I saw the movie first and enjoy both formats. What impressed me most about the audio was the interview with Gaiman at the end where he described how Stardust came to be – loved hearing how his mind works! I’d definitely recommend Stardust on audio and any other book that Gaiman narrates. A pleasant way to spend any commute. Very tempted to listen to The Ocean at the End of the Lane. 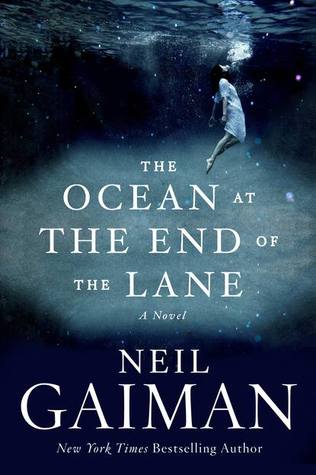 Much like The Illusion of Separateness that I reviewed on Monday, I adored every single thing about this novel and have nothing negative to say about it. The Ocean at the End of the Lane is my first full length Gaiman. My local indie bookstore tweeted me that they had signed copies available, and I ran immediately to pick this delightful little story up. I sat down the next evening and read it in one sitting. Four hours that ran the emotional gamut. READ. THIS. BOOK.

I’m not going to really add a synopsis. The less you know the better. At its most basic level, Ocean is a middle aged man’s memories of the year he turned seven and the Hempstock women he came to know.

Again, such a short book packed with so many great and wonderful things. Gaiman’s themes are deeply explored and his relevant characters so full-bodied. I loved looking at the ideas of memory, aging, childhood, power, imagination, loneliness, and so many more through the eyes of our narrator – a thinly disguised young Gaiman, himself. I also found the reading of this novel deeply personal and much more intense knowing that Gaiman wrote it when he and his wife were navigating a rough patch in their marriage.

Someone on Twitter (so sorry I don’t recall who) said he wasn’t sure if this was Gaiman’s best work, but it cut the deepest. That summation has stayed with me, and I believe might be the best way to describe Ocean.  It leaves the reader feeling slightly raw but all the better for it. Do yourself a favor and read it immediately. Don’t wait to finish your current book – don’t think about reading Gaiman from beginning to end – just go get The Ocean at the End of the Lane and inhale it. You won’t be sorry. Then go share it with someone you love. 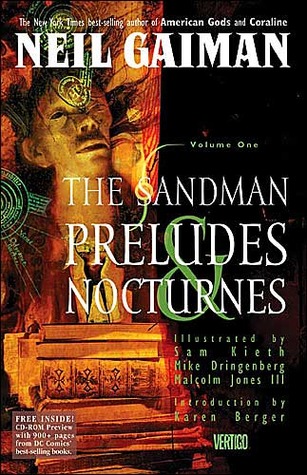 In yesterday’s post, I lamented over my rather cumbersome and disjointed reading of Neil Gaiman’s Preludes and Nocturnes, Volume I in The Sandman.  For the entire first half of the story, I figured graphic novels were just beyond my comprehension and wondered what was wrong with me.  I so fiercely wanted to enjoy this collection because I wanted to adore Gaiman as he’s a super hyped author I’ve never read, but always figured I’d love without question.

Preludes and Nocturnes tells the story of the King of Dreams, younger brother to Death.  In the beginning of the tale, he’s trapped and held captive by an occultist and later, the occultist’s son.  Once he escapes, he begins a journey through dreams and nightmares – across countries and continents – among many pop culture and literary allusions in search of the three lost tools he needs to regain his power.

What you’ll now embark on is not a review, but my rather awkward attempt to struggle through my reading experience – consider yourself warned.

My initial problems were not the illustrations themselves (they are dark, sharply featured drawings capable of subtle twisting and transforming from the ordinary to the grotesque), but rather the flow from one drawing to the next.  I got lost so many times and I’m still sure I misread on several occasions.  Most of my struggles are my own – not Gaiman’s – as this medium is just not something I’m used to.  I’ve learned that graphic novels are not silly drawings that require very little thought or attention.  Instead, the structure of graphic novels actually insists upon a certain level of focus I often don’t find in the normal structure of literature which threw me for a loop and held me captive at the same time.  Once I got the hang of it, the second half flew by and was immensely enjoyable.

All that bitching and moaning aside, I was rather humbled, book snob that I admittedly am.  So for anyone who has ever seen me scoff in the general direction of graphic literature, today I eat crow and offer my sincerest apologies.

As for the story, I loved the three witches in Imperfect Hosts (Macbeth – and perhaps a bit of Hocus Pocus as well), gasped at a particularly shocking moment in Passengers, and was enthralled by the madness of my favorite issue, 24 hours.   But it wasn’t until Death shows up at the end to guide her little brother out of his moroseness that I actually finally felt emotionally involved – like perhaps there was a point to the whole collection and not just moments of brilliance.  Upon some research, I discovered that many readers don’t like this first installment, generally agreeing that the cohesion was lacking – Gaiman himself admits to cringing upon rereading Preludes and Nocturnes.  So I’ll keep going.  Not sure when or how long it will take (there are 10 more volumes!), but I’ll persevere just as Dream did.

I’m not sure I’d recommend this as a place to start for those who aren’t accustomed to the graphic genre.  I believe there are probably many smoother and impactful introductions, Maus – most precisely.  But if you like Gaiman, enjoy a little creepiness, are intrigued by the ambiguousness of dreams and nightmares, perhaps you should give it a look.  I look forward to exploring many graphic novels in my future so if you have a favorite to recommend, please let me know in the comments! And thanks to everyone who left me their recommendations yesterday!